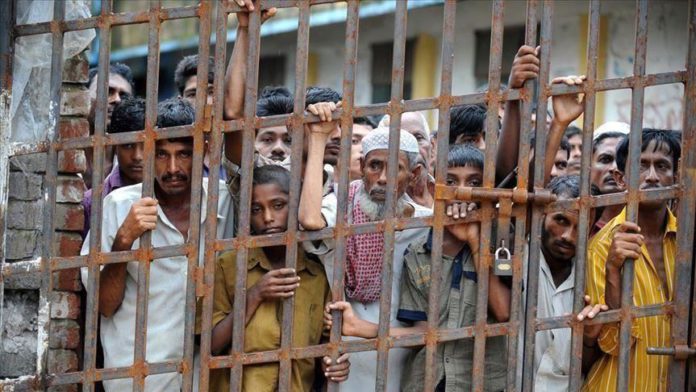 The International Crisis Group (ICG) has called for dialogue and deep reform to address issues of citizenship, improve the administrative structure, and rein in the increasing violence in Myanmar.

Ethnicity and conflict are inextricably linked in Myanmar, creating a vicious cycle of violence that continues to escalate, the Brussels-based organization said in a report published on Friday.

“The state’s inability to address ethnic minority grievances or provide adequate security to communities has created a literal arms race among minority groups,” said the report released on the third anniversary of the 2017 crackdown that marked the start of the genocide of Rohingya Muslims by the Myanmar army.

It said Myanmar must initiate reforms in “citizenship, the country’s administrative structure and the peace process with the aim of making ethnicity less central to the political and legal domains.”

The group urged Myanmar authorities and leaders to immediately pursue more manageable changes “such as the language and narratives they use when discussing ethnicity and conflict.”

The report underlined that Myanmar, since its independence in 1948, has struggled to forge a national identity reflecting its ethnic diversity.

The country’s leaders have perpetuated dangerous notions of ethnic identity that divide rather than unify its national races, read the report titled Identity Crisis: Ethnicity and Conflict in Myanmar.

“Ethnic minority grievances toward the state have perpetuated some of the world’s longest-running armed conflicts,” said the report.

Minorities’ grievances and the way forward

Highlighting that the country’s Burman elite continue to control most levers of power, the ICG report said Myanmar’s leaders have done little to address “minority grievances or build a more inclusive national identity.”

It said the government’s failure to protect minority communities has led “tens of thousands of people to take up arms – both for and against the state, and both allied with or acting against armed groups representing rival ethnicities.”

“Ethno-nationalism is at the core of all these groups, a characteristic that often sets them against their neighbors,” the report added.

On the ongoing violence against minority groups in the state of Rakhine by the Myanmar military, the report said “the vicious fighting … since 2018 underlines the dangers of ethnicity’s growing social and political salience.”

“Non-Rakhine minorities in Rakhine State have found themselves caught between two warring groups, neither of which they can rely on for protection,” it said.

“The insecurity that such conflicts generate only encourages the creation of ever more armed groups, a phenomenon that has recurred over and over in Myanmar’s modern history.”

Acknowledging that “charting a more tolerant and inclusive future for the country will not be easy,” the ICG said one of the first steps was that “communities must be free to celebrate their ethnic heritage, culture and identity.”

However, it said that citizenship and protection should not be based on membership in particular ethnic categories.

“[…] Ethnicity should be delinked from the territory, and politics and the peace process must become venues for resolving grievances and charting a more peaceful future, rather than cementing arbitrary ethnic categories and encouraging zero-sum competition between different groups,” the report said.

Myanmar’s most targeted community is the Rohingya, who have been described by the UN as the world’s most persecuted people.

According to Amnesty International, more than 750,000 Rohingya refugees, mostly women, and children, fled Myanmar and crossed into Bangladesh after Myanmar forces launched a crackdown on the minority Muslim community in August 2017, pushing the number of persecuted people in Bangladesh above 1.2 million.