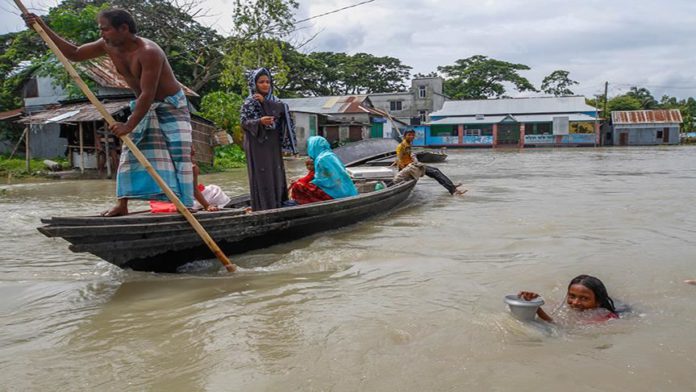 Six new deaths raised the death toll from floods in Bangladesh to 257, with people facing difficulties amid the coronavirus pandemic, including losses to the country’s agriculture and fish farming, according to officials.

Of the total fatalities, 212 drowned, 27 died of snakebites and 15 were killed in thunderstorms, while three lost their lives to other diseases, according to the Health Emergency Operation Center serving under the Ministry of Health and Family Welfare.

Furthermore, 78,000 people were infected with waterborne diseases, including some 800 fresh infections as the country has already witnessed one of the worst floods in its history.

Meanwhile, some 26,500 people in flood-hit areas are also suffering from diarrhea, with one dead, it added.

Heavy rains in neighboring India every monsoon between June to September added to huge inflows into downstream Bangladesh.

Bangladesh Water Development Board, however, said the floodwater level in the Ganges basin started declining.

Bangladesh weather office in its forecast predicted light rain or thundershowers accompanied by temporary gusty wind be likely to occur at some parts of the country on Saturday.

Floods also destroyed an estimated Taka 13.23 billion ($156 million) agricultural items this year as of August, according to the Ministry of Agriculture. Besides, fish farmers at the coastal regions also faced huge losses due to the floods.