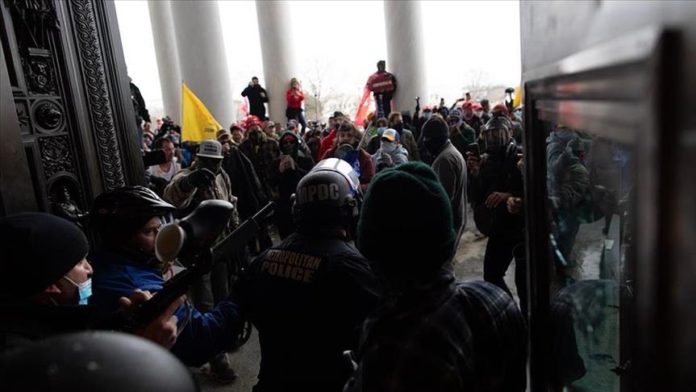 A Capitol Police officer died late Thursday due to injuries he sustained when supporters of outgoing President Donald Trump stormed the US Capitol building.

Officer Brian D. Sicknick was injured while engaging with protesters on Wednesday and he collapsed when he returned to his division office, Capitol Police spokesperson Eva Malecki said.

Although he was immediately taken to hospital, he was pronounced dead around 9.30 p.m. EDT (1430 GMT) on Thursday, according to the spokesperson.

Sicknick, who had been an officer in the US Capitol Police since 2008, became the fifth person to die from Wednesday’s riots in Washington, D.C.

While Capitol Police fatally shot an Air Force veteran who was a Trump supporter that made it into the Capitol building on Wednesday, three other people were pronounced dead due to medical emergencies after the riots.

At least five people died after protesters stormed into the building, including one woman shot by Capitol Police. Democratic and Republican lawmakers have unanimously condemned the assault on the Capitol by the people and called the riots a ‘coup, despicable act of terrorism and national embarrassment’ in separate statements.

G7 summit kicks off with pandemic, climate change on agenda