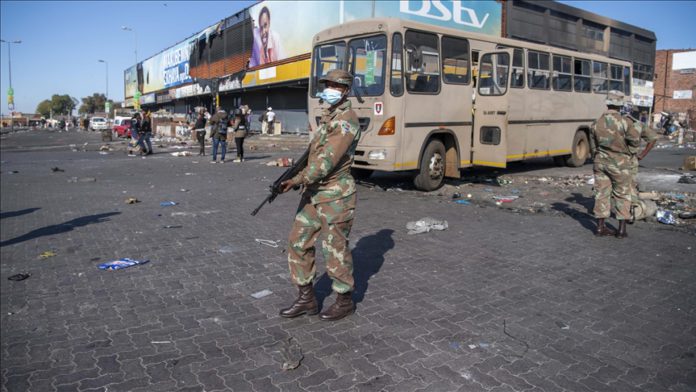 The death toll in South Africa rose to 212 on Friday amid lulled violent protests and looting.

Acting Minister in the Presidency Khumbudzo Ntshavheni said 180 people died in the eastern KwaZulu-Natal province and 32 died in the province of Gauteng which includes Johannesburg, the nation’s largest city.

Speaking at a news conference she said that 2,554 arrests had been made since the start of the violent protests and looting, including 1,692 in KwaZulu-Natal and 862 in Gauteng.

Ntshavheni added that the situation in the country had generally stabilized, with only a few incidents reported in KwaZulu-Natal.

The country’s military, deployed earlier this week to quell the violence in the streets, is capable against both internal and external aggression, she underlined noting that the government saw those who took part in the violence as economic saboteurs, rather than domestic terrorists.

Riots and looting broke out last Thursday after the jailing of former President Jacob Zuma.

The protests began in Zuma’s home province of KwaZulu-Natal and later spread to Johannesburg continuing for days.

Vehicles and trucks were also burned by protesters who have called for Zuma’s release.

President Cyril Ramaphosa on Monday authorized defense forces to support the police in restoring order. There are currently about 30,000 troops on the streets to contain the violence.