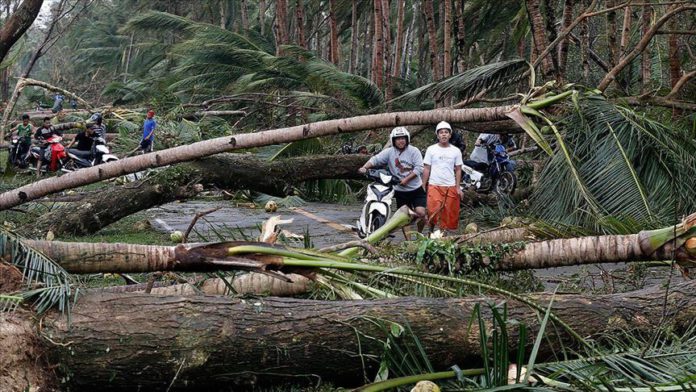 A total of 13 people in Vietnam have lost their lives due to deadly Typhoon Molave since Wednesday.

According to local media, landslides caused by the typhoon, which hit Quang Nam province, destroyed many settlements.

It was reported that at least 40 people are missing.

Thousands have also been displaced by the storm.

Earlier, the country’s National Centre for Hydro-Meteorological Forecasting said the storm was the strongest in 20 years and would move deeper inland during the day before weakening.

According to the Vietnam News daily, around 1,242 fishing vessels with 7,430 workers were asked to return home.

More than 44,200 people were evacuated to safety in Phu Yen province, which is witnessing strong gusts and heavy rainfall.

Vietnam’s central region has been reeling from historic flooding and back-to-back storms since early this month.

The rains, landslides and floods have killed at least 130 people while 18 are still missing. The rains affected 7 million people in the country.

The government of Prime Minister Nguyen Xuan Phuc announced that it will provide 6,500 tons of rice from the national reserves to four central provinces to assist people affected by the recent flooding.