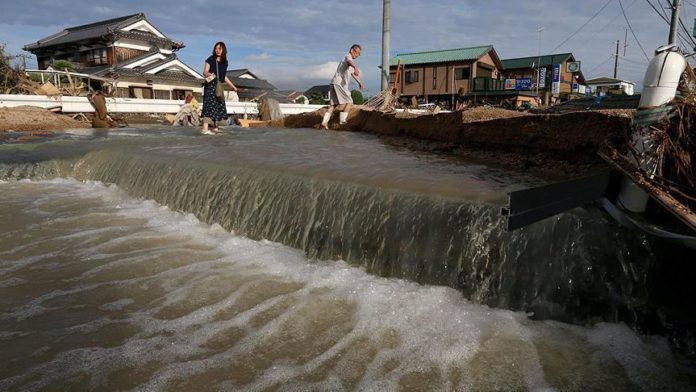 At least 50 people have died due to massive floods in Japan, local media reported Tuesday.

The floods were caused by incessant weekend rains in Kumamoto province in Japan’s southwestern Kyushu island.

Rescue and search efforts are ongoing.

Many areas have been hit by landslides as people are stuck in the mountainous region with no phone, electricity and water services.

The government has been ferrying people to safer locations.

March 19, 2020
We use cookies to ensure that we give you the best experience on our website. If you continue to use this site we will assume that you are happy with it.Ok