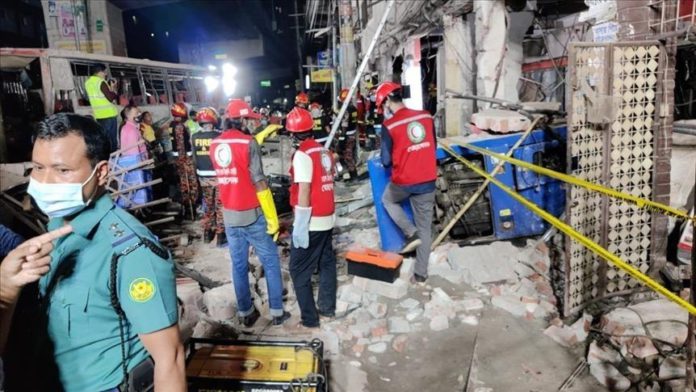 The death toll from last Sunday’s blast in Bangladesh’s capital hit 10 on Thursday as another injured man succumbed to severe burns.

He also had cuts and wounds inflicted by shards of glass and other debris, and died at the intensive care unit of the Sheikh Hasina National Institute of Burn and Plastic Surgery, according to Dr. Samanta Lal Sen, the chief coordinator of the institute.

There are three more blast victims under treatment at the facility, one of them under intensive care, the official said.

Three others are being treated at the Dhaka Medical Hospital, Sen added.

Police and civil services teams are still investigating the cause of the explosion, but officials had initially reported the presence of methane gas at the blast site.