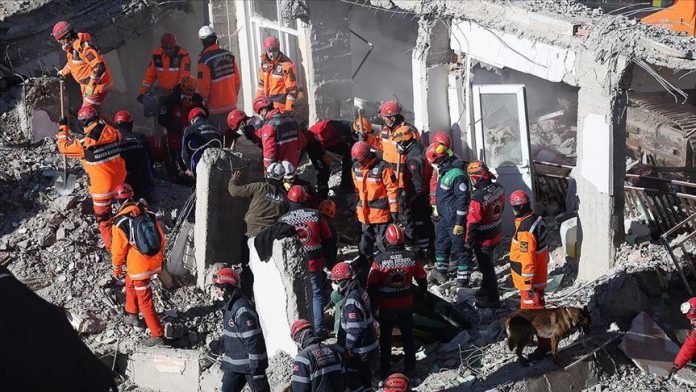 The death toll from Friday’s powerful earthquake in eastern Turkey rose to 35, the country’s vice president said on Sunday.

Fuat Oktay was speaking to reporters in the capital Ankara.

So far, 1,547 people have been reported injured as rescue workers continue recovering victims buried under the rubble, according to the Disaster and Emergency Management Authority (AFAD).

A total of 45 people have been rescued including a woman, 17 hours after her house collapsed.

AFAD said rescue work continues with more than 3,433 personnel with hundreds of vehicles and 17 sniffer dogs in the region.

Turkey's inflation rate up in May amid COVID-19