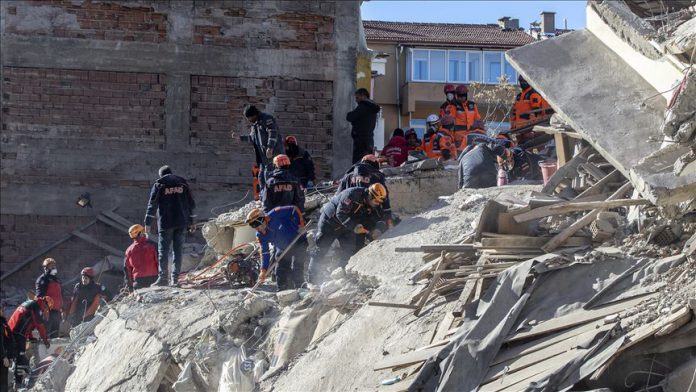 So far, 1,547 people have been reported injured as rescue workers continue recovering victims buried under the rubble, according to the Disaster and Emergency Management Authority (AFAD).

A total of 45 people have been rescued including a woman, 17 hours after her house collapsed.

AFAD said rescue work continues with more than 3,433 personnel with hundreds of vehicles and 17 sniffer dogs in the region.

A team of surveyors is assessing the damage caused by the earthquake, with initial reports