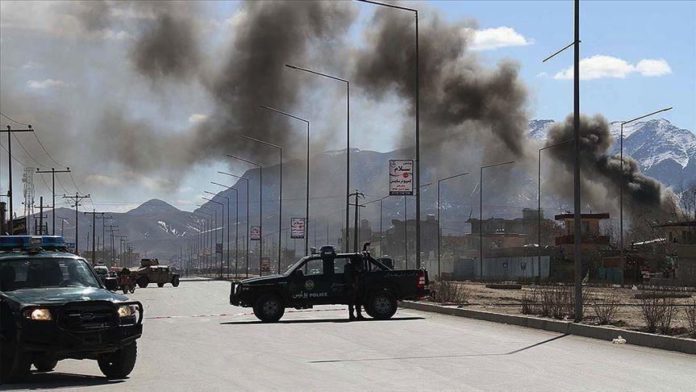 The death toll in Afghanistan’s capital climbed to 24 on Sunday after a suicide bombing the previous day, officials confirmed.

According to the Interior Ministry, 57 others in Kabul were injured in the suicide attack Saturday, with condemnations pouring in.

“The Taliban cannot escape responsibility of this heinous attack […] This group created the corridor of terrorism in Afghanistan and has undermined the Afghan government and people’s goodwill for peace,” Interior Ministry spokesman Tariq Arian said in a statement.

With the Taliban denying involvement in the attack, the ISIS/Daesh terror group has taken responsibility.

The attack occurred in the Dasht-e-Barchi neighborhood, an area largely inhabited by the Shia Hazara community.

A suicide bomber tried to enter a private academic institute, Kawsar-e-Danish, but was spotted by security guards, according to Arian.

The attacker detonated his explosives near the entrance, causing numerous casualties, he said.

In the eastern Ghazni province, at least nine people, including four women, were killed in a landmine blast earlier on Saturday.

Officials blamed the Taliban for the deadly explosion but there has been no comment from the insurgent group so far.

Violence has flared up in the country despite ongoing peace talks between the Taliban and the Afghan government in Qatar.

On Friday, Amnesty International said civilians continue to pay the price of the raging conflict, with at least 50 people killed in the past week alone not counting the incidents over the weekend.