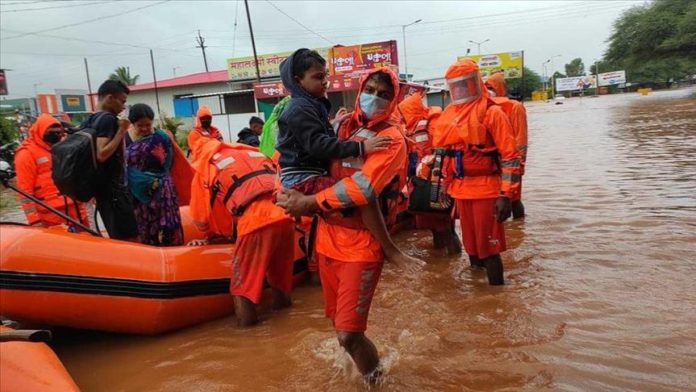 He said the situation is under control and all efforts are being made to provide assistance to the people.

Of the total 136 deaths, 44 people died in the Raigad district, where multiple landslides took place.

“We have recovered 44 bodies and around 50 people are still trapped,” Nidhi Choudhari, a senior civil official in the Raigad district, told Anadolu Agency. She said that a rescue operation continues in the area.

Maharashtra and other Indian states are currently witnessing monsoon rains that have caused flood-like situations in many areas and left thousands of people stranded in the state.

Indian armed forces are also involved in the rescue operation.

According to the National Disaster Response Force (NDRF), they are now deploying 26 teams across Maharashtra in view of weather predictions of more rains in the state.

The Indian Air Force on Saturday morning said it has deployed its transport aircraft in addition to helicopters, to ferry personnel and equipment of NDRF to Pune and Ratnagiri in Maharashtra, and nearby Goa as part of flood relief operations.