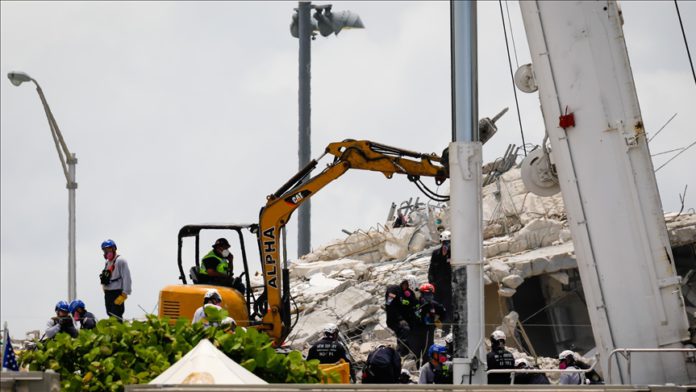 A total of 200 people are accounted for and 76 remain potentially unaccounted for two weeks after the partial collapse of the Miami Beach-area condo in Surfside.

The mayor earlier announced that search and rescue efforts had switched to a recovery operation which officially began at midnight.

“Our top priority since day one was to do everything possible in the search of survivors,” she said. “To share this news with the families who are still missing their loved ones was devastating.”

A controlled demolition brought down the other half of the building on Sunday, and that has freed searchers to find more bodies daily.

There was only one person pulled alive from the rubble, in the hours right after the collapse.

Investigators continue to look at structural flaws as a possible cause.