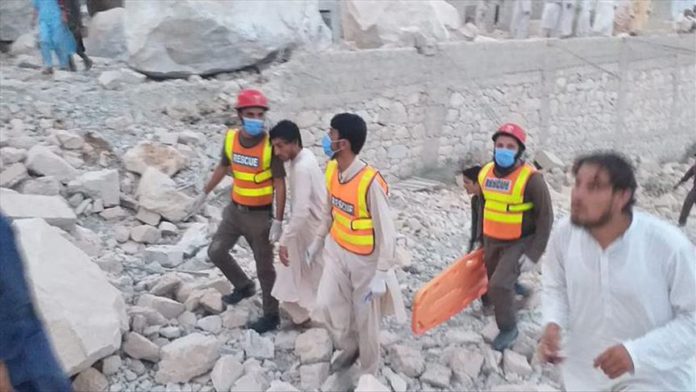 The death toll of laborers from a marble mine collapse caused by landslides in northwestern Pakistan rose to 18, an official said on Tuesday.

The incident occurred in a remote area of the Mohmand district, Iftikhar Alam, the deputy commissioner, told Anadolu Agency by phone.

“So far, 18 dead bodies and seven injured people have been pulled out from the rubble and the rescue operation continues in the area,” Alam said.

The Relief Rehabilitation and Settlement Department of Khyber Pakhtunkhwa province also moved heavy machinery to the area to speed up the operation.

According to locals, six mines had collapsed at the same place.

“Dozens of laborers were working there when the landslide took place, burying most of them,” Javid Iqbal, a local resident, told Anadolu Agency over phone.

UN Security Council 'unified' against any Russian distraction: US