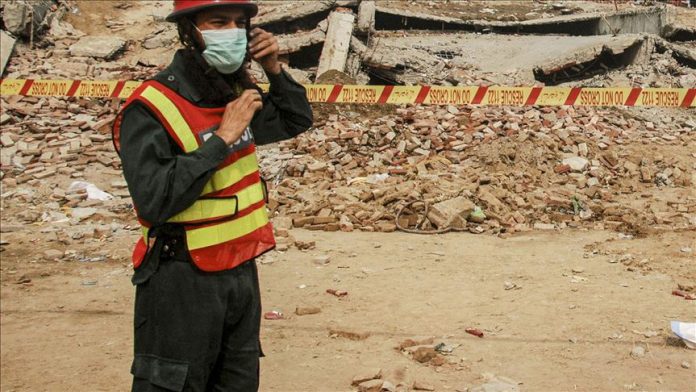 Rescuers in Pakistan on Sunday pulled seven more bodies from under the rubble of a five-story building that collapsed earlier this week in the southern city of Karachi, raising the death toll to 27.

Rescue workers from the city municipality and non-governmental organizations backed by army troops continued to retrieve the bodies for the fourth consecutive day as narrow streets hampered operations and the use of heavy machinery.

Saad Edhi, a spokesperson for the Edhi Foundation relief agency told Anadolu Agency that the seven victims belonged to the same family.

More than two dozen people were injured after