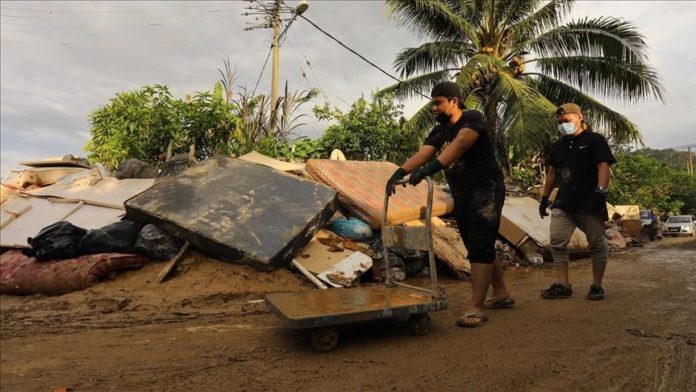 At least 47 people lost their lives in the massive floods in Malaysia as of Sunday, according to local media.

Many regions in the country were flooded due to heavy rains that were effective for three days from Dec.17, the Asian News International said.

Police officials reported that the number of people who lost their lives in the floods has increased to 47 and search efforts were underway for five other missing people, it added.

Earlier, around 33,000 people had been evacuated, mostly from the worst-hit state of Pahang, while the government was criticized for not making the necessary warnings before the rains.

* Writing by Seda Sevencan in Istanbul.