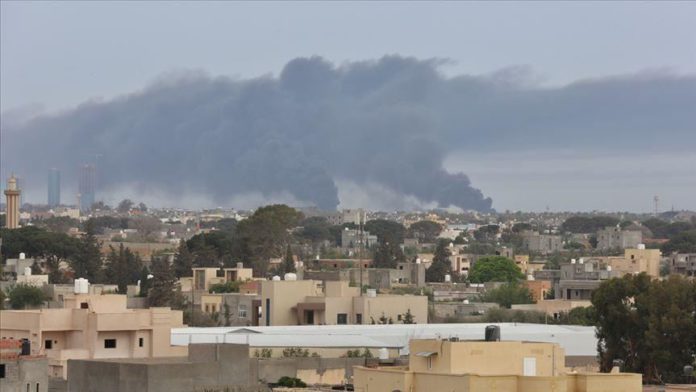 The death toll rose to seven after militias loyal to Libya’s renegade commander Khalifa Haftar launched a rocket attack Saturday on civilian settlements in Tripoli, according to a government official.

The dead included a boy, 5, from Bangladesh, and 17 others were injured, according Health Ministry spokesman Amin al-Hashimi.

Since the beginning of 2020, seven health centers in Libya have been struck 12 times, according to the UN.