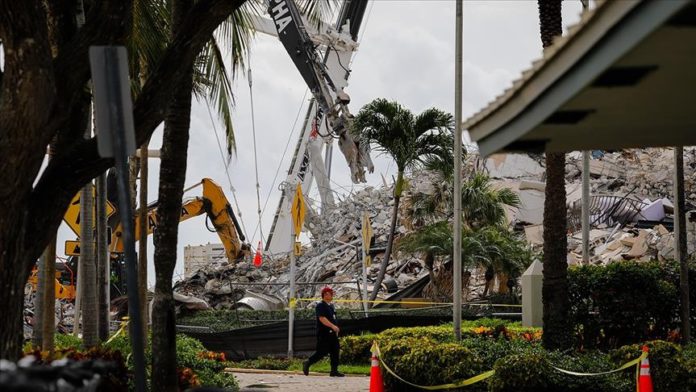 Four more victims were pulled out from the rubble of a building that collapsed in the US state of Florida on Sunday, bringing the death toll to 90, Miami-Dade Mayor Daniella Levine Cava said.

Of those, 71 victims have been identified, and their next of kin has been notified.

“And our hearts and minds are always with those we’ve lost and with the families who are grieving and those that are still waiting,” Levine Cava told a news conference.

She said 217 people are now accounted for and 31 others “potentially unaccounted for” at the collapse in Surfside, Florida.

The search through the massive debris pile has gone on continuously since about half of the Champlain Towers South building collapsed early on June 24.

According to the mayor, the search and rescue team continues to “make incredible progress” delayering the pile.

“We have now recovered over 14 million pounds of concrete and debris,” she added.