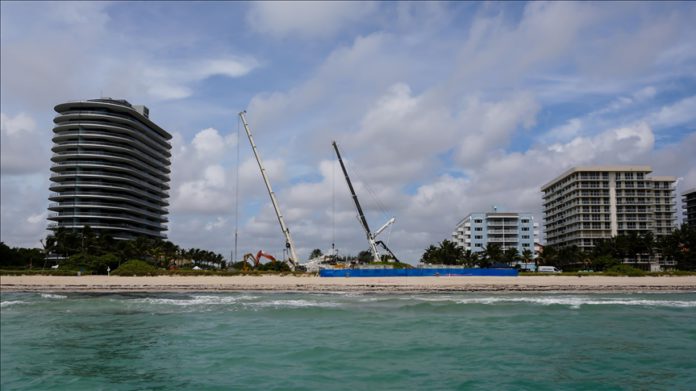 The number of victims pulled from the rubble of a collapsed condominium in a Miami suburb in Florida jumped to 78 on Friday, with an additional 14 more bodies discovered from the day before.

It is a “staggering and heartbreaking number that affects all of us very, very deeply,” Miami-Dade Mayor Daniella Levine Cava told a news conference.

Of the 78 bodies discovered so far, 47 have been positively identified. It is believed there are 62 people unaccounted for, and still underneath the debris of the 12-story collapse.

The search through the massive debris pile has gone on continuously since about half of the Champlain Towers South building collapsed early on June 24. But on Thursday, the effort was officially switched from a “search and rescue” mission to a “recovery” effort.

On Thursday, Levine Cava said family members of the victims were “ready” for that distinction to be made.

“They’re waiting for closure,” she said, “waiting to find the victims and put this to rest.”

And while the search continues, over a dozen lawsuits are being teed up against the building’s condominium association, which has been accused of ignoring warnings about the stability of the structure. Among those lawsuits, one has been filed on behalf of the family of the teenage boy who was the only one to survive after being pulled from the rubble on June 24. His mother died in the collapse.

And hundreds of other residential buildings in the area are now being checked for structural integrity, with the belief that decades of loose building regulations, designed to inspire growth, may have compromised safety.