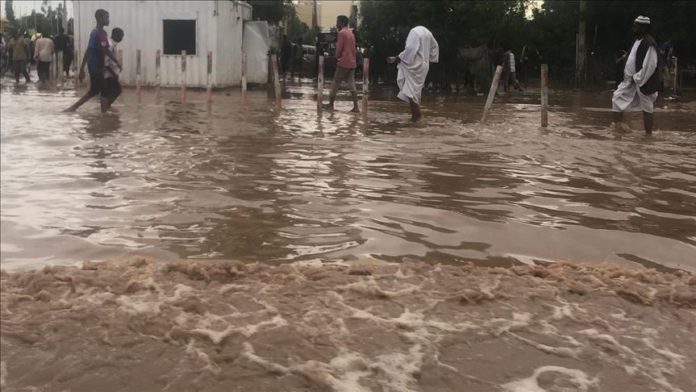 The death toll from widespread flooding in Sudan has risen to 93.

The Interior Ministry said Tuesday that 93 people have died, 43 have been injured and more than 5,000 cattle have perished while roads have been damaged by the flooding, which has been caused by heavy rainfall in the country since Aug. 1.

Earlier, thousands of homes were damaged as a result of the water level in the Nile River due to the heavy rainfall, which has been continuing for four days in the capital of Khartoum and other states.

The Sudan Meteorology Authority has warned people that the rains will continue Wednesday and have advised those living in areas close to watercourses to take precautions.