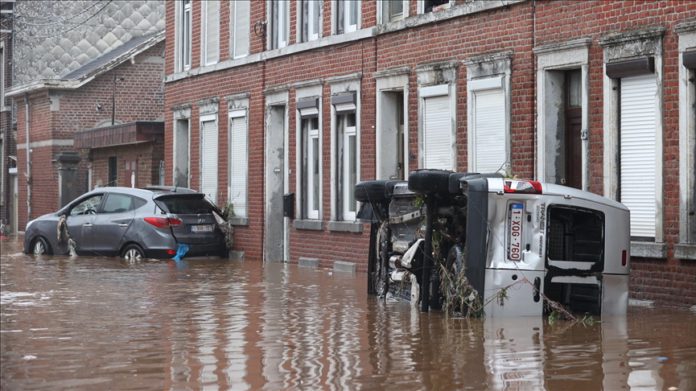 The death toll from floods in Belgium rose to 22 on Friday as a result of continuous rains since July 14.

Dozens of homes collapsed and thousands of homes and businesses have been flooded due to heavy rains in the country.

In some neighborhoods of Liege, one of the cities worst hit by the floods, people were told by authorities to leave their homes.

Some districts and villages have been also evacuated and military helicopters were assigned for search and rescue missions in Limburg.

Currently, at least 21,000 people do not have access to electricity and transportation services came to a halt in regions affected by the floods.

Authorities warned residents “not to use tap water” in the states of Liege, Namur, and Luxembourg.

Concerned that the Meuse River flowing through the city might overflow, residents of some districts, especially the city center, were asked to go to higher ground or the upper floors of the buildings.

While many roads in the eastern part of the country were closed, officials added that railway transportation will be disrupted for a few weeks.