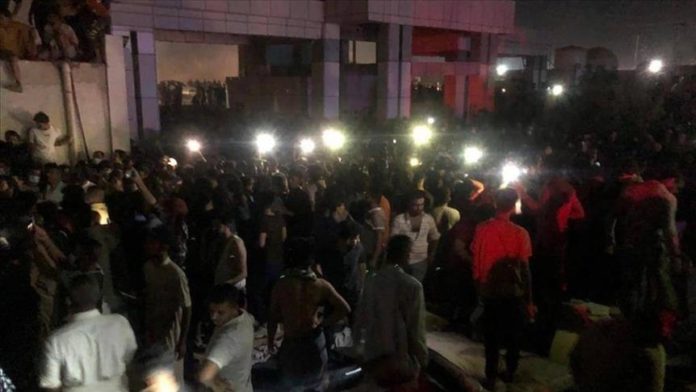 At least 23 more fatalities were recorded on Tuesday, pushing the death toll from a fire that engulfed Monday evening the COVID-19 isolation ward of a hospital in southern Iraq to 64, the National Iraqi News Agency (NINA) said.

At least 50 people were injured in the fire that broke out at Al-Hussein Hospital in Nasiriya city in Dhi Qar Governorate, NINA said, citing Dhi Qar province’s Health Department.

The Iraqi Health Ministry said in an earlier statement that 41 people were killed in the fire that was caused by the misuse of oxygen cylinders.

Iraqi Prime Minister Mustafa al-Kadhimi held an emergency meeting with ministers and security officials to discuss the fire, according to a statement from his press office.

Following the meeting, Dhi Qar Governor Ahmed al-Khafaji said in a statement that a high-level committee was formed to investigate the exact cause of the fire and to present a final report to the public within 48 hours.

A state of mourning has been declared in Dhi Qar governorate for those who lost their lives in the fire and official working hours were suspended for three days from Tuesday.

Earlier Monday, a fire broke out on the fourth floor of the Ministry of Health in central Baghdad.