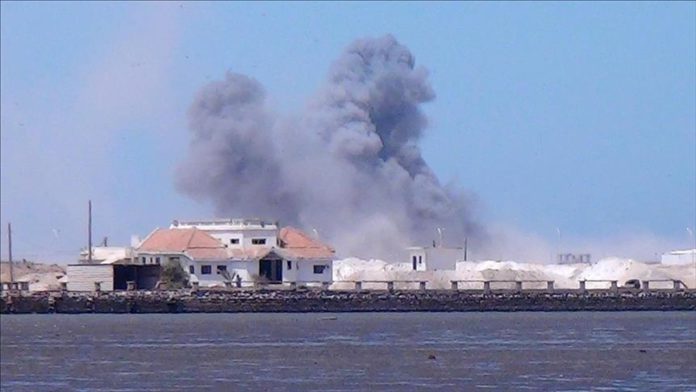 The death toll from a car-bomb explosion near the Aden airport in southern Yemen rose to 12, according to the country’s information minister on Sunday.

“We condemn in the strongest words the terrorist attack by a bomb-laden vehicle near the Aden airport,” Moammar al-Eryani said in a statement.

He said such attacks aim to undermine the Yemeni government’s efforts to establish security and stability in Aden.

These attacks “only serve the Houthi terrorist militia,” the minister added.

According to the official news agency Saba, Yemeni Prime Minister Maeen Abdulmalik Saeed has ordered an investigation into the deadly blast.

Despite the car-bomb blast, air flights at the airport were not interrupted.

There is no claim of responsibility for Saturday’s airport attack.

A Saudi-led coalition aimed at reinstating the Yemeni government has worsened the situation and caused one of the world’s worst man-made humanitarian crises, with 233,000 people killed, nearly 80% or about 30 million needing humanitarian assistance and protection, and more than 13 million in danger of starvation, according to UN estimates.