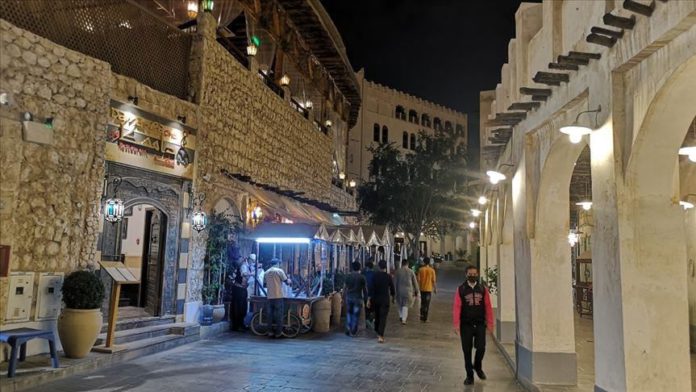 Saudi Arabia and Qatar confirmed new deaths from the novel coronavirus on Wednesday, while Morocco, Lebanon and Libya reported only fresh cases.

The Qatari Health Ministry said the country’s death toll rose to 30 after two more people died from COVID-19, while 1,740 fresh infections were recorded, bringing the total cases to 48,947.

In Morocco, the Health Ministry said seven people tested positive for the virus, pushing the total infections to 7,584. The country so far confirmed 202 deaths from COVID-19 and 4,969 recoveries.

The tally of cases in Saudi Arabia, the second worst-hit in the region after Iran, rose to 78,541 after 1,815 new cases were detected.

Officials said the death toll went up to 425 with 14 new deaths over the past 24 hours. The number of recovered people stands at 15,022 in the country.

In Lebanon, the Health Ministry confirmed 21 new virus-related cases, bringing the tally to 1,161 — including 26 deaths and 692 recoveries.

In Libya, two more people were reported to be infected by the virus, bringing the total number to 79. Three patients have so far died due to the virus, while 40 others have recovered so far in the country.

The pandemic has claimed more than 351,800 lives in 188 countries and regions since originating in China last December. The US and Europe are currently the world’s worst-hit regions.

More than 5.62 million cases have been reported worldwide, while as many as 2.31 million people have recovered so far, according to figures compiled by the US’ Johns Hopkins University.