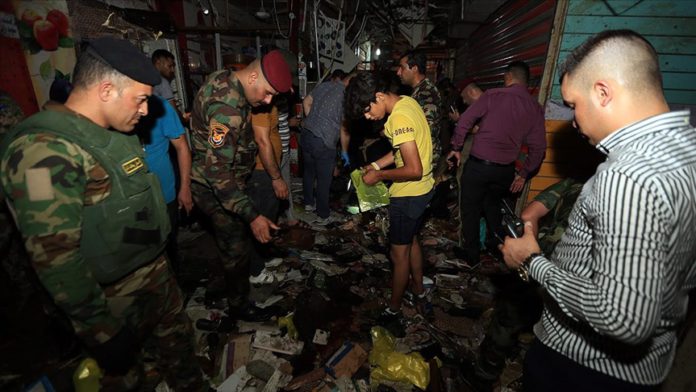 The death toll in an explosion rocking the Iraqi capital Baghdad increased to 30, and the number of wounded reached 60 on Monday, the eve of the Muslim festival of Eid al-Adha.

Iraqi authorities are continuing their search and rescue efforts, and it is feared that the number of dead and injured could increase.

No group immediately claimed responsibility for the attack.

Prime Minister Mustafa Al-Kadhimi ordered the authorities to initiate an investigation, and bring the perpetrators to account.

“They do not want the people to rejoice, even for a moment,” President Barham Salih said on Twitter. “We will not rest until we uproot the hateful and cowardly terrorism, and it is certain that the will of the Iraqis is beyond their criminality and villainy. Mercy to the martyrs, and healing to the wounded.”

Large bomb attacks in Baghdad have slowed since the Daesh/ISIS terror group was defeated in 2017. Attacks, however, persist.