TurkishPress
Home News Death toll at 16 as 4 more bodies pulled from US building... 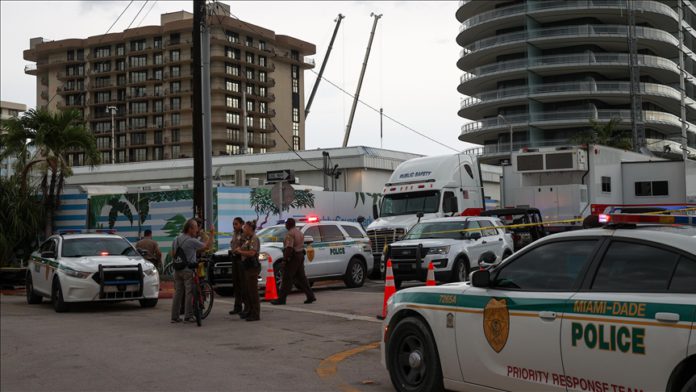 The death toll rose to 16 on Wednesday as rescue squads pulled four more bodies from the sprawling debris field at the site of a partial building collapse in Surfside, Florida.

No one has been pulled alive from the rubble since the search began last Thursday after the Champlain Towers South partially collapsed in the early morning hours when many residents were likely sleeping.

Miami-Dade County Mayor Daniella Levine Cava told reporters that authorities are auditing their list of individuals who have been accounted for and those who remain missing with detectives seeking to contact “every single person who we have been told may be missing.”

“We need to verify every report, and remove duplicates wherever possible,” she said.

The number of people who have been accounted for stands at 139, while there are 147 people missing “as of now,” said Levine Cava.

First responders are combatting not only the hazardous conditions that have persisted throughout the effort but also inclement weather. Thunderstorms in the area have caused “some challenges,” she said.

Officer arrested in US after slamming teen to ground