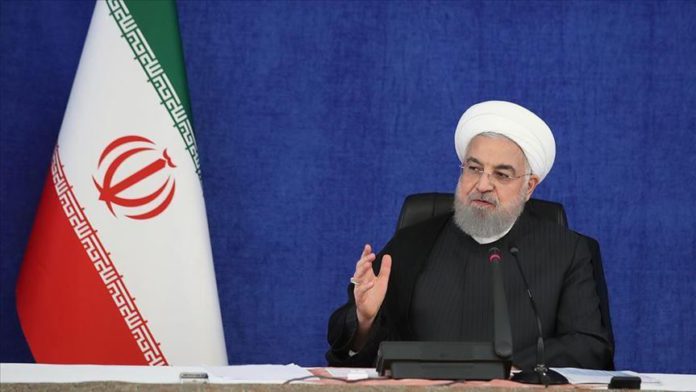 Iran’s president said Tuesday that Tehran could reach an agreement with Washington if the US “apologizes” and returns to the 2015 nuclear deal, according to Iranian state TV.

“The US’ ‘maximum pressure’ policy against Iran has been defeated,” Hassan Rouhani told reporters, responding to US President Donald Trump’s statement saying the US could reach a deal if he is re-elected in November.

“Efforts to change the Iranian regime by taking the people to the streets also failed. They found that these methods didn’t work.”

Rouhani added he expects the next US administration to change Washington policy on Iran after the election.

After Washington left the nuclear agreement in 2018, last week it said it would try to reinstate or “snap back” UN sanctions on Iran that were lifted under the deal, but this move got a chilly reception.

A US resolution along those lines got the support of only one other nation on the 15-member UN Security Council. All the others abstained or voted in opposition.

Moreover, the participants in the deal – China, the EU, France, Germany, Iran, Russia, and the UK – dispute the US standing to trigger a snapback mechanism because of Trump’s decision to unilaterally exit the agreement in 2018.

In quitting the multilateral nuclear accord, Trump ignored the objections from all of the pact’s other participants.