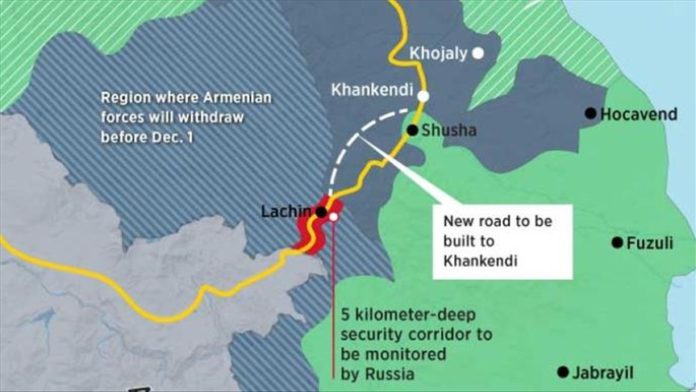 The deadline for Armenia to return Lachin to Azerbaijan after 28 years of occupation will end on Monday midnight.

In line with the cease-fire agreement signed between the countries, Armenia, which previously evacuated Kalbajar and Aghdam, has to return Lachin to Azerbaijan until 12:00 a.m. local time (GMT2000).

It is also the last day for the Armenian population, who were illegally settled there, to leave the region.

On May 18, 1992, Armenian forces occupied Lachin after Khankendi and Shusha.

While the truce is seen as a victory for Azerbaijan, and a defeat for Armenia, the latter’s armed forces left Aghdam on Nov. 20 and Kalbajar on Nov. 25 as part of the deal.