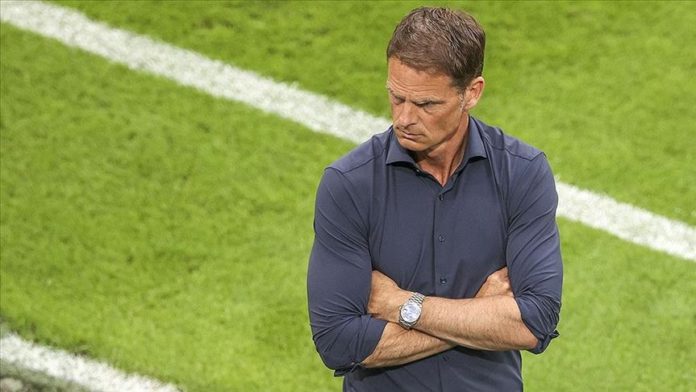 Dutch national football team manager Frank de Boer left his job on Tuesday after the Netherlands exited UEFA EURO 2020 in the Round of 16.

In a statement on the Dutch football authority website, de Boer, 51, said that he decided to leave his post after the Netherlands team’s elimination from EURO 2020 on Sunday.

“In anticipation of the evaluation, I decided not to continue as national coach. The objective was not achieved, that is clear,” de Boer said, thanking fans, players, and the team management.

On Sunday, the Czech Republic bagged a 2-0 win over the Netherlands, taking the Dutch team off the board.

A top player of his generation, including on the Dutch national team, de Boer was appointed the Netherlands’ manager in 2020.