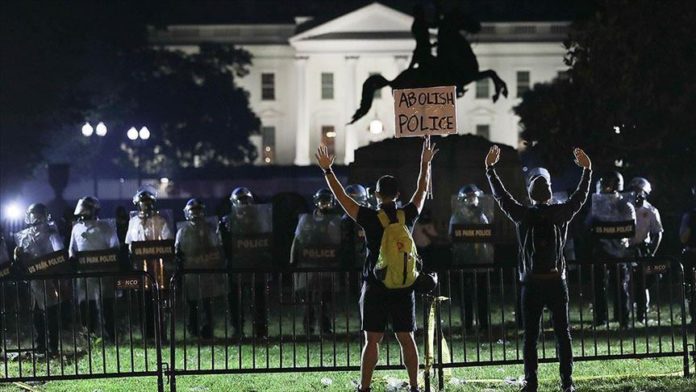 Bowser said she will not be extending the state of emergency and curfew for the nation’s capital after no individuals were arrested Thursday night as demonstrations continued against racial injustice.

“We are well equipped to handle large demonstrations and First Amendment activities,” Bowser said in a letter sent to Trump June 4, adding that the mass deployment of unidentified federal officers and equipment are “inflaming demonstrators” and adding to their grievances.

“This multiplicity of forces can breed dangerous confusion, such as when helicopters are used in a war-like tactic to frighten and disperse peaceful protesters,” she said.

Bowser was referring to surreal images that surfaced on Monday evening of helicopters hovering at or near building lines to kick up strong gusts on demonstrators in the US capital.

The D.C. National Guard said Wednesday it is carrying out an investigation into the incidents, particularly one in which a medical evacuation helicopter was seen carrying out the tactic.

The deployment of a heavily militarized force to the nation’s capital has stoked tensions between Bowser and Trump after he repeatedly called on authorities to “dominate” streets.

Many of the federal officers in Washington, D.C. have not donned identifying insignia, nor responded to repeated questions from reporters and demonstrators seeking to understand which agency they are from.

That could lead to further “safety and national security concerns,” Bowser said in her letter to the president.

“When citizens are unable to clearly identify legitimate law enforcement officers it creates unnecessary risks for both protesters and officers,” she said.

Demonstrations against police brutality have continued for more than a week nationwide following the death of George Floyd who died after a Minneapolis, Minnesota police officer pinned his neck to the ground during an arrest for nearly nine minutes.

The fired officer has been charged with second-degree murder. Three other officers at the scene have also been dismissed and charged.

Trump says US has 'eye on' Baghdadi's third-in-command

US: 4 test positive for COVID-19 at Republican event