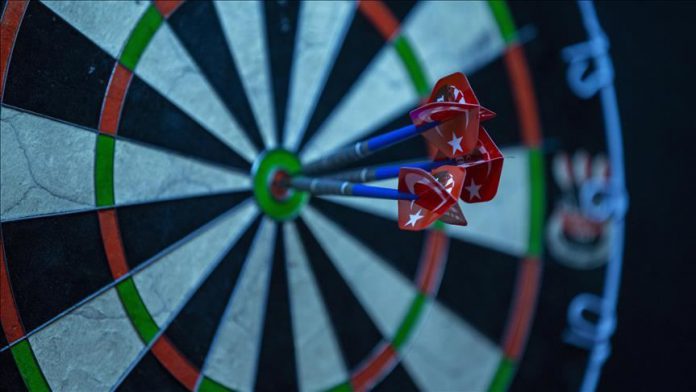 Van Gerwen beat Darius Labanauskas 5-2 on Sunday to advance to the semifinal to bid to retain the world championship title.

Earlier, Fallon Sherrock became the first woman to beat a man in the PDC World Darts Championship on Dec. 17.

Sherrock’s fairytale at the championship ended with a third-round loss on Friday to Chris Dobey.