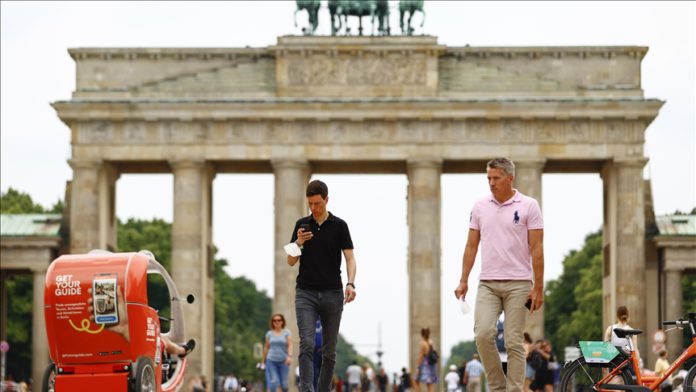 As the Delta strain drives a surge in infections, Germany on Wednesday reported its highest daily number of COVID-19 cases in the past two weeks.

The Robert Koch Institute confirmed 2,203 more coronavirus cases in the past 24 hours, showing that infections have more than doubled since early July.

The institute had reported 985 daily infections two weeks ago and 1,548 last Wednesday.

There are an estimated 15,200 active COVID-19 cases in the country as of Wednesday, according to the institute’s daily report.

A total of 19 more virus fatalities were also reported, raising the nationwide death toll to 91,416.

The highly contagious Delta variant (B.1.617.2) was confirmed as the predominant strain in Germany earlier this month and currently accounts for more than 74% of all new cases.

German authorities have stepped up vaccination efforts in a bid to curb the spread of the Delta strain.

Health Minister Jens Spahn said the country reached a new milestone on Tuesday as at least one dose of a COVID-19 vaccine has now been administered to 60% of the population.

According to the official figures, 46.7% of Germany’s entire population has been fully vaccinated so far.