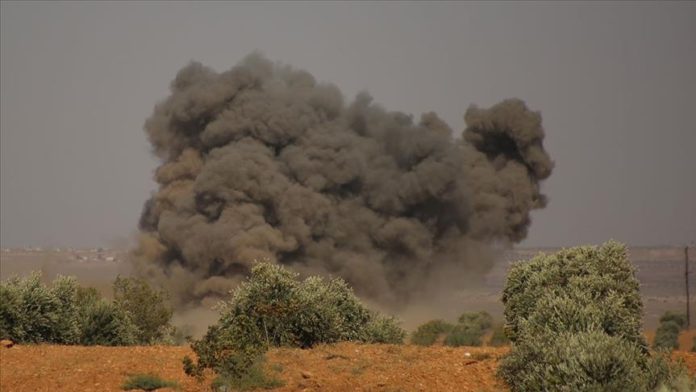 At least 11 Iraqi soldiers were killed on Friday in an attack by the DaeshISIS terrorist group in eastern Iraq, according to a military source.

An Iraqi military officer told Anadolu Agency that DaeshISIS terrorists attacked a military base between the villages of Talaa and Um al-Karami in Diyala province.

The officer, speaking on condition of anonymity, added the attack resulted in the death of 11 Iraqi army personnel, including an officer.

He said military reinforcement arrived on the scene and started an operation against the assailants.

So far, there is no official statement by the Iraqi authorities on the incident.

Western states should not cause panic in Ukraine: Turkiye's foreign minister