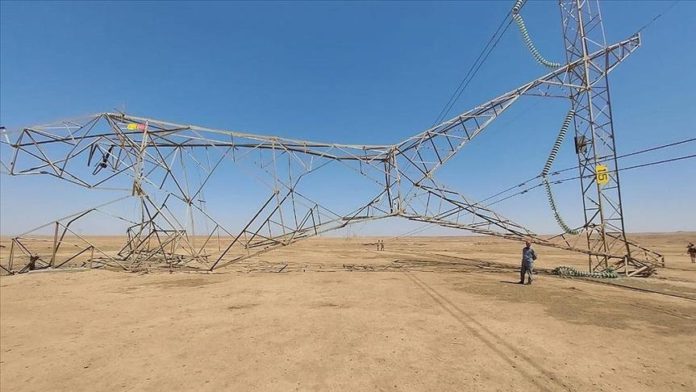 Three high-voltage lines in the southern part of Kirkuk province were targeted by terrorists, according to a statement by the Kirkuk Electricity Distribution Company.

Daesh/ISIS terrorists placed bombs that were then detonated remotely, the statement said, adding that technical teams were working to restore the power supply in the area.