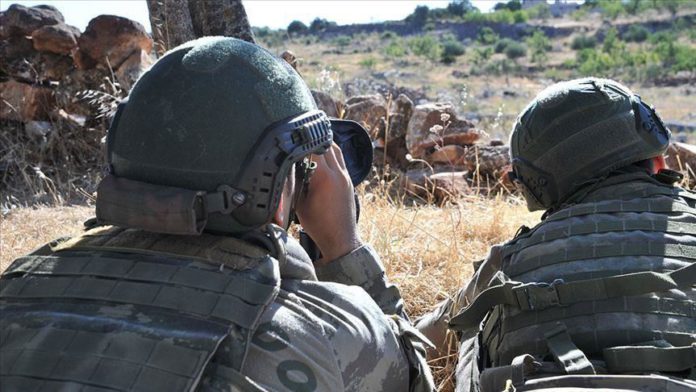 A Daesh/ ISIS terrorist was arrested in the al-Bab town in northern Syria Tuesday.

According to a statement by Turkey’s Gaziantep Governor’s Office, the arrested terrorist was active with the terror group in 2016-2017.

In a separate development, a 10-kilogram (22-pound) improvised explosive device (IED) was recovered and destroyed in a controlled explosion near Hazwan village in the town of al-Bab.

The country has since been attacked by the extremist organization multiple times. At least 10 suicide bombings, seven bomb attacks, and four armed attacks killed 315 people, and injured hundreds more.