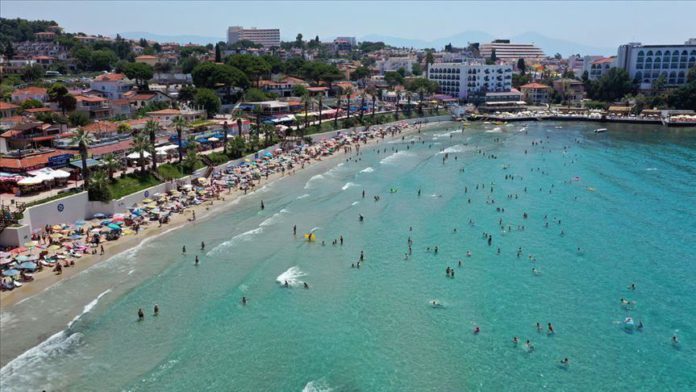 The D-8 Organization for Economic Cooperation and the World Tourism Forum Institute (WTFI) on Sunday signed an agreement in Istanbul to increase cooperation in tourism between member states.

Bagci said the population of D-8 countries has reached 1.1 billion, with a $3.7 trillion economy and export volume exceeding $700 billion.

According to him, D-8 countries with their young and dynamic population, have cooperated in many fields, and now their goal is to increase collaboration in tourism.

“Our first goal is to increase the number of tourism activities and tourists among D-8 members,” he said. “We are aiming to increase the tourist traffic among member countries by 50%, and 100% from the rest of the world for each country.”

He added: “We will ensure that member countries increase their income from tourism.”

Bagci went onto say that they will bring into effect a procedure similar to the one in EU, adding that all details will be out, and a plan finalized in six months.

All tourist destinations in D-8 countries will be put on a map, he said, arguing that although Turkey, Egypt, Indonesia and Malaysia were in a good position in terms of tourism, “these countries still need to be promoted.”

“But the other D-8 members such as Nigeria, Bangladesh, Iran and Pakistan need more publicity… these countries have great potential but are on the bottom rung of the ladder,” the WTFI official said. “With Turkey’s experience in tourism, we will promote all D-8 members globally, notably the ones which remain behind.”

The D-8 was launched on June 15, 1997, after Turkey’s then-prime minister, Necmettin Erbakan, proposed the creation of an economic group of eight emerging economies from the Muslim world. These are Bangladesh, Egypt, Indonesia, Iran, Malaysia, Nigeria, Pakistan, and Turkey.