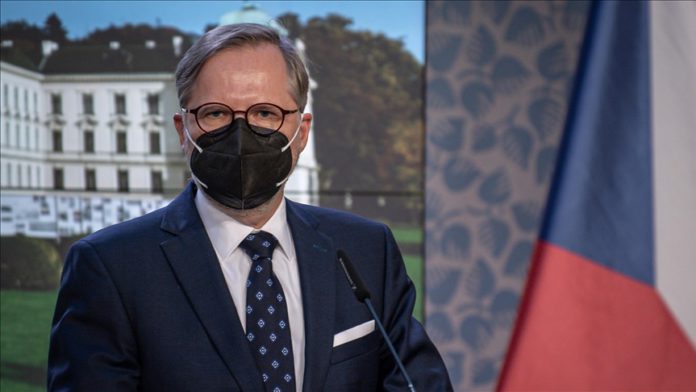 Czech Republic is ready to accept Ukrainian refugees in case of escalation of tensions between Moscow and Kyiv, the country’s prime minister announced on Tuesday.

Speaking to reporters, Petr Fiala said the government is not planning to increase its financial aid to Ukraine, but is ready to accept Ukrainians in case of emergency.

Noting that they are ready to help the neighboring Slovakia as well, Fiala said they can send police teams to work on the Slovakia-Ukraine border if needed.

Fiala said the Czech Embassy in Kiev is not closed, but the families of the diplomats have left the former Soviet country.

About 50 Czech diplomats are currently working in Ukraine, he added.

Recently, Russia is accused of amassing more than 100,000 troops near Ukraine, prompting fears it could be planning another military offensive against its ex-Soviet neighbor.

Moscow has denied it is preparing to invade, saying troops are there for exercises. The Defense Ministry said on Tuesday some of its troops are returning to their bases as combat training missions “are coming to an end.” But a large-scale Russian-Belarusian military drill will last until Feb. 20.

In response, NATO chief Jens Stoltenberg said they have not seen any de-escalation on the ground.

The West has warned of an imminent attack, and threatened Russia with “severe consequences.”

The US intelligence is said to have estimated that an attack could result in the deaths of 50,000 civilians and up to 5 million Ukrainian refugees.