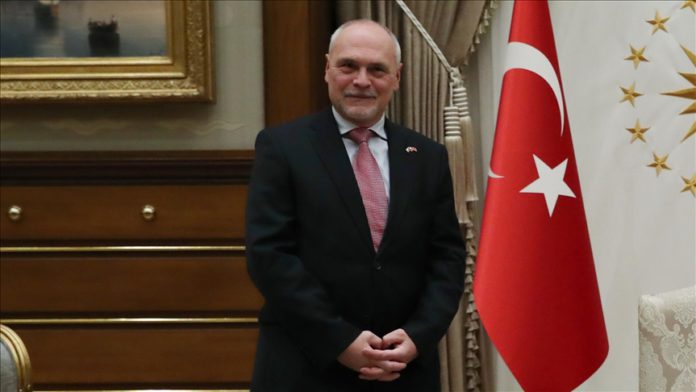 Turkey’s successful response to the COVID-19 pandemic was the reason its economy had grown by the end of last year, unlike many European countries, the Czech Republic’s envoy to Turkey said on Friday.

Ambassador Pavel Vacek made the remarks during a visit along with Ufuk Bozkaya, the country’s honorary consul general in Antalya, to the Kayseri Chamber of Industry (KAYSO), according to a statement by the trade body.

He said economies of many European countries narrowed between 5% and 10% in 2020, but Turkey managed to end the year with positive growth.

This growth, he added, was proof that Turkey successfully managed its pandemic response.

The Turkish official said KAYSO ended 2020 with significant growth in exports and its figures hit an all-time high.

He said some 20 KAYSO members exported products worth around $8 million to the Czech Republic last year.

Stressing that Kayseri and Turkey have a strong business relationship with Czech companies, Buyuksimitci said Turkish officials and authorities would continue to support and facilitate Czech firms investing in the country.