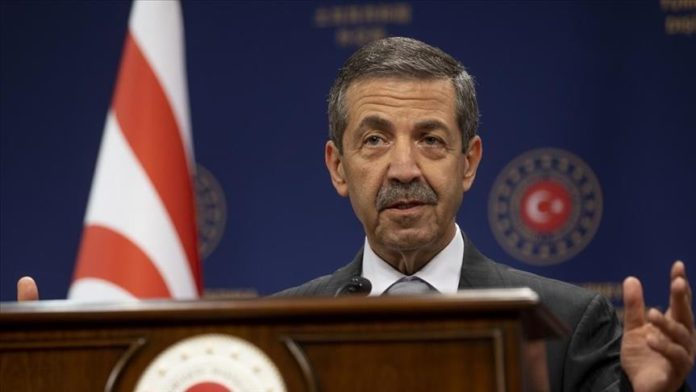 An upcoming meeting of concerned actors on the Cyprus problem will try to see if there is a shared basis for negotiations over the island, according to the Turkish Cypriot foreign minister.

“The aim of the 5+1 meeting is to find out whether a common ground to be negotiated between the parties exists,” Tahsin Ertugruloglu, the foreign minister of the Turkish Republic of Northern Cyprus (TRNC), told Anadolu Agency in an exclusive interview.

“5+1 should not, and will not be a continuation of the process that collapsed in 2017, in Crans-Montana,” he added, referring to the last failed talks over the island in Switzerland.

The unofficial 5+1 meeting – including both sides of the island, the guarantor countries Turkey, Greece, and Britain, and the UN – is set to be held in Geneva, Switzerland on April 27-29, as proposed by the Turkish side.

Ertugruloglu added: “This meeting is not the beginning of an open-ended negotiation process.”

Whether there is a common purpose or not may not be determined in a single meeting, he said.

Two or three more meetings may follow, he explained, but argued that spreading the meetings over a long period would not be ideal.

“We do not accept the presence of an EU representative at the 5+1 meeting table,” he noted.

Ertugruloglu said they have “justified doubts” due to their experiences from previous negotiations, but the Turkish Cypriots will be attending the meeting with good intentions, and future opportunities will emerge if the opposing side responds the same way.

It has seen an on-and-off peace process, including a failed 2017 initiative in Crans-Montana, Switzerland, under the auspices of guarantor countries Turkey, Greece, and the UK. The TRNC was founded in 1983.

Turkey: External assets at $227.1B in October

US shutters its 2 consulates in Russia