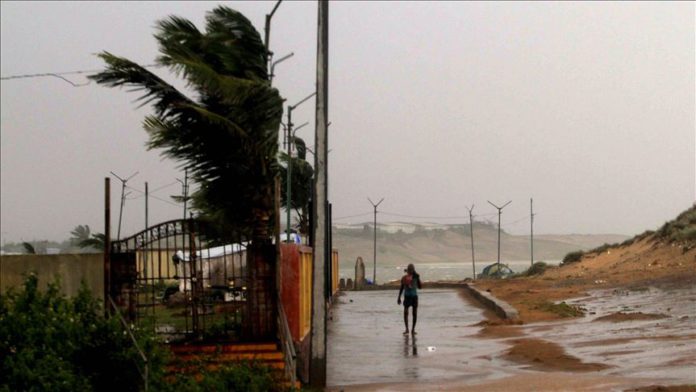 A super cyclone has hit eastern India and Bangladesh, killing at least 24 people, damaging thousands of houses, forestry, and bringing down power lines.

The eastern Indian state of West Bengal took the brunt of Cyclone Amphan, which barreled into the Odisha coast with ferocious wind and rain Wednesday evening.

West Bengal chief minister said at least 12 people died, claiming that damages in the region could be worth more than $13 million.

“It is worse than coronavirus. We don’t know how to handle it,” Mamata Banerjee told a late night news briefing in Kolkata, the capital of West Bengal state, whose international airport has been flooded, and the city is without electricity for 24 hours.

She said that it might take 10-12 days to reach all the affected people due to the disruption in communication networks.

Authorities in the two Indian states, which were already struggling to mount relief efforts amid the coronavirus outbreak, have evacuated around 650,000 people.

“We never expected this level of disaster. Agriculture sector is badly affected with damage of crops,” Banerjee said, adding that the power and water supply system has completely collapsed. “Let us hope that we can overcome this disaster with support and blessings of all.”

She added: “There is almost nothing left in areas including Ganga Sagar, Sunderbans, Minakha, Basirhat, Bongaon, Habra and Bhangar.

The chief minister urged the central government “not to look into it politically” but consider it on “humanitarian grounds.”

Prime Minister Narendra Modi’s is yet to comment on the devastation.

West Bengal reported over 3,000 confirmed cases of COVID-19 with 250 deaths, as the total number of infections across India surpassed 112,400 with around 3,440 deaths so far.

The cyclone also damaged the coastal areas of neighboring Bangladesh, killing at least 12 people, and resulting in power supply being cut off in some districts.

“Till now we have recorded 12 deaths in nine coastal districts while at least six others have been wounded,” Dr. Ayesha Akhter, assistant director at the health directorate, told Anadolu Agency.

She, however, added that the figures could be updated as more information came in.

Several villages in the southwestern district of Bagerhat have been inundated as a portion of coastal dam surrounding the district was damaged.

Prime Minister Sheikh Hasina is monitoring the situation from her official residence in the capital Dhaka, and has assured of government support.

The country has so far reported 28,511 confirmed cases of coronavirus and 408 deaths.

Rohingya camps in Bangladesh’s southern district of Cox’s Bazar, which hosts more than 1.2 million refugees, has fortunately not been affected by the cyclone.

“Cyclone Amphan did not attack Cox’s Bazar as predicted, and Rohingya camps are a little inside from the offshore,” Bangladesh’s refugee commissioner Md Mahbub Alam Talukder told Anadolu Agency.