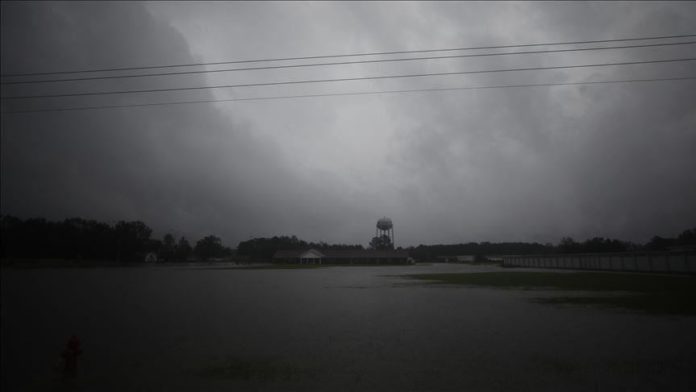 Two UN agencies on Friday voiced concerns over dangers faced by some one million Rohingya refugees in Bangladesh due to Cyclone Amphan.

Jens Laerke, spokesman of the UN Office for the Coordination of Humanitarian Affairs (OCHA), said that according to initial reports, at least 72 people had been killed in India and 25 killed in Bangladesh.

He also expressed concerns over the growing number of coronavirus cases.

“The Bangladesh government evacuated 2 million people before the storm hit, and more than 12,000 cyclone shelters were set up with COVID-19 prevention equipment, including masks, sanitizers, soap and handwashing facilities. About one million people were also evacuated in India,” said Laerke.

“Power supply was cut off to cities and towns, many of which are working to contain the COVID-19 pandemic. There are more than 26,000 confirmed COVID-19 cases in Bangladesh and nearly 400 deaths,” he said at a UN video news briefing.

Half a million families may have lost their homes as a result of the cyclone, according to OCHA.

The OCHA spokesman said that the storm came with strong winds and heavy rain that also damaged crops.

“The Rohingya camps were largely spared from damage when Cyclone Amphan made landfall in Bangladesh and India on 20th May. However, a direct hit from a cyclone has the potential to be devastating,” Elisabeth Byrs, World Food Program’s spokeswoman, said at the same briefing.

“Bangladesh is the most densely populated country in the world where social distancing is a luxury most do not have. The situation is aggravated in Rohingya refugee camps in Cox’s Bazar, where living conditions make it almost impossible to physically distance,” she said.

Since Aug. 25, 2017, nearly 24,000 Rohingya Muslims have been killed by Myanmar’s state forces, according to a report by the Ontario International Development Agency (OIDA)