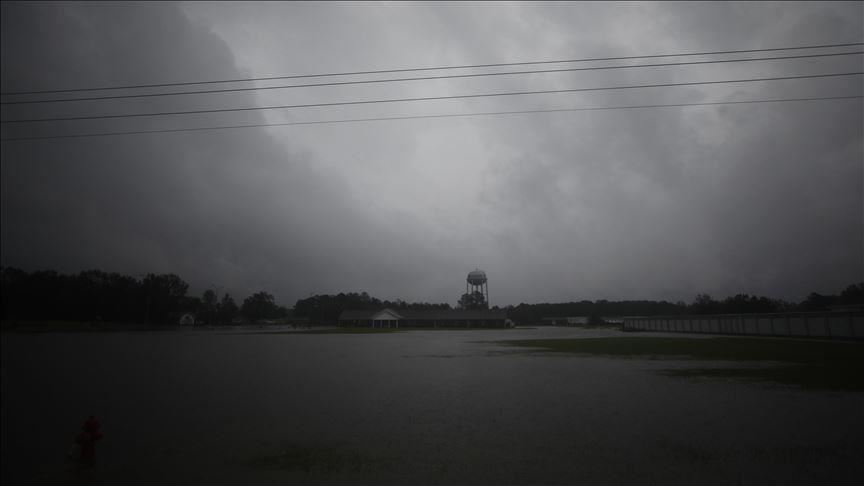 At least nine people have died in super cyclone Amphan in Bangladesh and India, according to the official tallies of both countries.

Speaking to Anadolu Agency, a top Bangladeshi official confirmed that there had been six casualties in the country as of 10.50 p.m. local time [1600GMT].

“Until now, we confirmed the deaths of six people in cyclone Amphan. We’re still collecting information,” secretary of Disaster Management and Relief Ministry Shah Kamal said. The figure was also affirmed by the health directorate department.

Meanwhile, three people have so far been killed in the cyclone in the eastern Indian state of West Bengal as of Wednesday night.

Casualties and damage will be better ascertained by Thursday morning, he said, adding that more than 2.4 million people in 19 coastal districts had been evacuated to 12,078 safe centers.

“Until Thursday morning, they will stay there if the storm has gone over by the time and nothing deteriorates,” Kamal said.

More than 200,000 people were evacuated from Sunderbans and other coastal parts of India, bringing the total number of displaced in both countries upwards of 2.6 million.

Due to the impact of the severe cyclone and heavy rains, the water level in some southern coastal districts surged by eight to 10 feet, according to media reports.

In the southwestern district of Bagerhat, a coastal dam was reportedly damaged, resulting in the flooding of a huge area.

“I saw many natural disasters here including the devastating 2007 cyclone Sidr, but never anything with such severe winds as this [Amphan]. Trees looked like they were bending down over the ground and then standing up again,” Md Ismail Hossain, a resident of the southern district of Barguna, told Anadolu Agency.

Pointing to the fierceness of the cyclone in India, the country’s meteorology department said in a statement Wednesday night: “Around 2:30 pm, the cyclone with wind speed of 160 to 170 kmph [km per hour], gusting to 190 kmph, coupled with heavy rain hit East Midnapore’s Digha coast. The landfall process continued for four hours.”

In Kolkata, the capital of West Bengal, heavy rainfall was recorded with several trees and electric poles uprooted, the report added. “Many areas of the city witnessed road blockade and have to remain without power.”

Hundreds of Rohingya who were recently rescued from the Bay of Bengal are safe and in a cyclone shelter at Bhashan Char, Bangladesh’s state minister for disaster management and relief Md Enamur Rahman said on Wednesday.

There are 120 cyclone shelters in Bhashan Char. However, all the Rohingya currently living on the island have been taken to one of them under the care of Bangladeshi Navy personnel.

Some 308 Rohingya were sent to live in Bhashan Char, an island off the coast of Noakhali district earlier this month after they were rescued from boats in the sea during their failed illegal attempt to travel to Malaysia on different occasions.