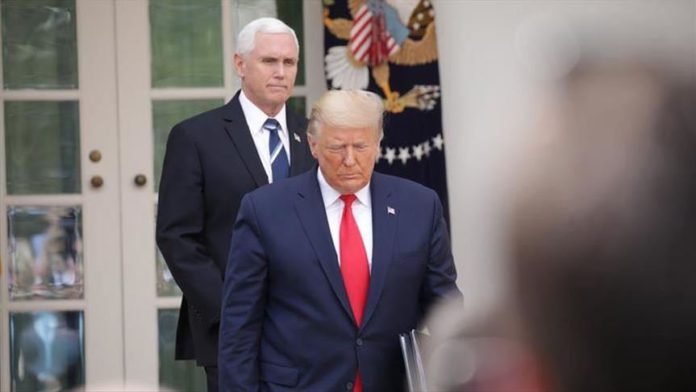 The US has now formally stepped in, to support Egypt and punish Ethiopia over the river water sharing dispute between the two African countries.

Last week, the Trump administration announced blocking a $130 million aid that had been earmarked to support Ethiopia’s defense and anti-terrorism efforts.

Secretary of State Mike Pompeo signed the cut in aid, ostensibly to build pressure on Ethiopia, a rugged landlocked country in the Horn of Africa.

While it is not clear to what extent the US decision will affect Ethiopia, but it has united everyone in the country and the diaspora.

“We have officially requested the US administration that they give us an explanation,” said Ethiopia’s Ambassador to Washington Fitsum Arega, while taking to Twitter.

David Shinn, a former US envoy to Ethiopia said playing political hardball with Ethiopia will not only fail to obtain the desired result but will probably ensure that the Ethiopian diaspora in the US will rally against Trump and spoil his chances in the close contest.

“There are sizeable Ethiopian-American communities in key states such as Georgia, Texas, and Virginia,” he said.

Ethiopian government led by Prime Minister Abiy Ahmed had earlier rejected an agreement brokered by the US Treasury Secretary Steven Mnuchin in February related to the filling and operation of the $5billion Grand Ethiopian Renaissance Dam (GERD). Ethiopia said the US proposal was heavily tilted towards Egypt.

Relations between Cairo and Addis Ababa have strained over recent times, over the filling and operation of the dam that has come upon the Blue Nile, one of the tributaries of the River Nile.

Since June, the African Union has been mediating now to evolve a win-win formula between Ethiopia, Sudan, and Egypt.

The AU has entrusted its Bureau of the Assembly of Heads of State and Government including South Africa, Kenya, Mali, and Democratic Republic of Congo (DRC) to prevent any escalation between these countries. The European Union, the World Bank, and the US continue as observers in the group.

Earlier the US President Donald Trump had stepped in and conducted several rounds of talks between the countries in Washington. After five months of exercise mediated by Mnuchin and the officials of the World Bank, a draft was prepared in February without the consent of Ethiopia and Sudan. Both refused to sign the document.

Many analysts believed that brokering an agreement between the three countries to share waters of River Nile was one of Trump’s election campaign stunts, to certify his acumen in global leadership.

GERD has a capacity of storing 74 billion cubic meters and will enable Ethiopia to generate 6,475 Megawatts of electricity for domestic and industrial use as well as for export to neighboring countries. Currently, 60% of the 110 million population in the country live without electricity.

The heavy cut in aid did not come as a surprise for most Ethiopians as, during the mediation process, they had realized that the US was favoring Egypt.

Last week, when Mike Pompeo, was in Sudan, the same day Prime Minister Abiy Ahmed also arrived in Khartoum for a two-day visit. While there was no official confirmation if they had any meeting, Pompeo was quoted by Sudanese media, urging the three countries to continue their talks and reach an agreement soon.

Last week Ethiopia, Sudan, and Egypt continued to discuss the first-phase of filling and annual operations of Ethiopia’s most important hydro dam. With no international funding, Ethiopians of all walks of life have been contributing to their flagship project by buying bonds.

Ethiopia launched the GERD hydro-power scheme in 2011 to expand domestic access to electricity. Ethiopia also plans to export energy from GERD to neighboring countries such as Sudan and Djibouti, which is expected to have a positive impact on the regional economy.

One of the major sources of contention between Egypt and Ethiopia is the timeframe in which the dam should be filled. Ethiopia plans to fill its dam within five to seven years. Egypt is pushing for a longer filling period.