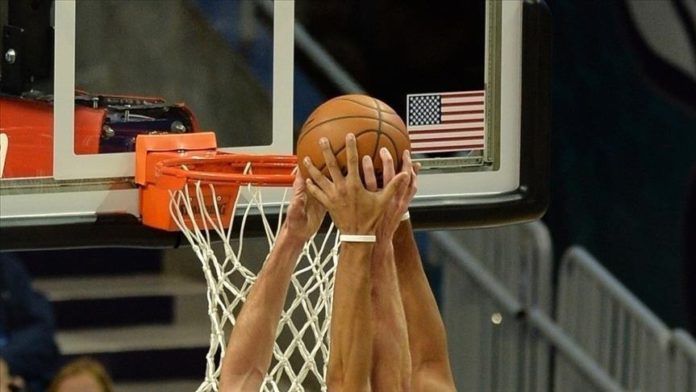 Stephen Curry powered the Golden State Warriors to a 122-108 away victory over the Houston Rockets on Monday as the San Francisco-based team had their sixth straight win in the NBA regular season.

The Rockets duo, Christian Wood and Kevin Porter Jr., posted a double-double each.

In the first minutes of the second quarter, the Rockets led the game 27-23, but the Warriors came back and never looked behind.

Near the end of the second period, the Warriors had a double-digit lead by 54-42 after Moses Moody hit a three-point jump shot.

Then the Rockets fought for some time to narrow the gap to four in the fourth quarter, 104-108.

Porter Jr. scored a three-point jump shot to keep the Houston’s hopes alive with five minutes remaining to the buzzer.

But the Golden State extended their lead, 113-104 after Curry had scored a layup and three-pointer.

Then the Warriors did not let the Rockets narrow the gap, getting a 122-108 victory in Houston.

The Warriors are following the West leaders Phoenix Suns, who are going 40-9 in the 2021-22 season.

The Rockets, who are in the last position in the Western Conference standings, have a 14-36 win/loss record.

The Philadelphia 76ers were without their superstar Joel Embiid but had a 122-119 win against the Memphis Grizzlies in overtime.

Tyrese Maxey was the Sixers’ hero to score 33 points.

After the Memphis’ Ziaire Williams had missed a three-point jump shot, Matisse Thybulle took the rebound and wasted no time to throw the ball to his teammate Maxey with 2.1 seconds to go.

The 21-year-old was unopposed to score another running layup as the Philadelphia secured a 122-119 win at their home court Wells Fargo Center.

Philadelphia center Andre Drummond had 16 points but took 23 rebounds to give a massive contribution to the 76ers under the rim.

Desmond Bane also displayed an emphatic performance for the Grizzlies as the 23-year-old guard racked up 34 points.

Currently, at third place in the East standings, the Sixers have a 31-19 win/loss record.

The Grizzlies, who are now in the third spot in the Western Conference, are going 35-18.

The Utah Jazz’s Australian forward/guard Joe Ingles will be out of action “indefinitely” for a ligament injury in his left knee.

“Joe Ingles was examined Monday by the Utah Jazz medical staff and the MRI revealed a torn anterior cruciate ligament (ACL) in his left knee with no other structural damage,” the Jazz said on Twitter.

The Utah added that Ingles would “remain out indefinitely” as the 34-year-old will undergo surgery in the upcoming weeks.

This season Ingles averaged 7.2 points and 3.5 assists per game for the Jazz.