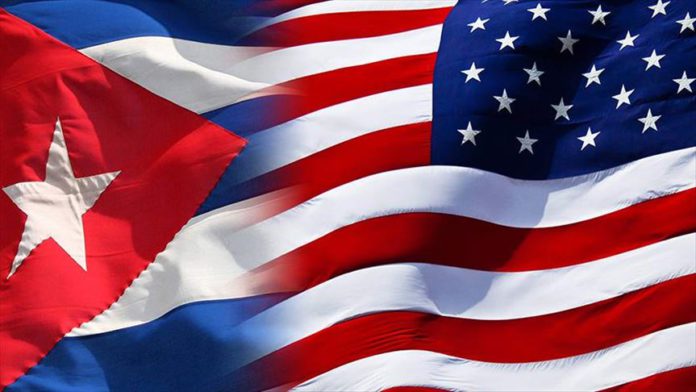 Reactions were swift to US President Donald Trump’s announcement on Wednesday that the Departments of State and Treasury plan to implement additional sanctions on Cuba.

Cuba’s alternate permanent representative to the UN, Ana Silvia Rodriguez, said Friday that the new US sanctions against Cuba show Trump’s desperation in his race for the presidency.

“The measures aimed to hurt Cuba also violate the rights of the American citizens,” she said on Twitter.

The new measures, which came into effect on Sept. 24, prohibit Americans from lodging at Cuban government-owned hotels, require specific licenses for certain travel categories and will halt all imports of Cuban rum and cigars to the US.

“The aggressive economic, commercial and financial blockade of the US, today more than ever, in an unprecedented way, constitutes a determining impediment to the sustainable development of the Cuban people and causes enormous human and economic damage,” said Bruno Rodriguez, the Cuban foreign minister, in a televised address on Thursday.

In a statement on Wednesday, the island’s president, Miguel Diaz-Canel, said the Trump administration “violates the rights of the Cubans and also of the Americans”.

The US president listed the measures at a White House event honoring Bay of Pigs veterans.

“Today, as part of our continuing fight against communist oppression, I am announcing that the Treasury Department will prohibit US travelers from staying at properties owned by the Cuban government. We’re also further restricting the importation of Cuban alcohol and Cuban tobacco,” he said.

The new restrictions follow other measures adopted by the Trump administration in 2019 aimed to restrict travel to Cuba from the United States, including a ban on cruise ships, private yachts, fishing vessels and group educational and cultural trips.

It is the most enduring trade embargo in modern history.

The latest sanctions come as Trump strives to lock in the Cuban American vote weeks before the Nov. 3 presidential election, which is why many believe that a tough stand on Cuba would be well received by the state’s electorate.

Turkey to distribute masks to students