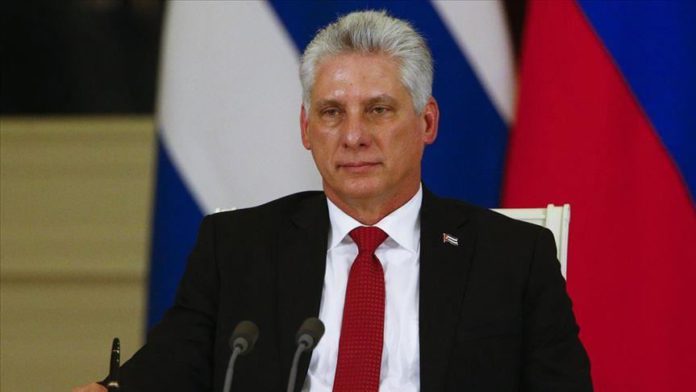 Cuba’s president urged the UN to take “urgent” steps for democratization reforms Tuesday as he blasted the US for taking unilateral moves globally.

Miguel Diaz-Canel told the UN General Assembly’s 75th session that US President Donald Trump’s administration has “brutally” tightened restrictions against Cuba as part of its “hostile policy” in the last two years and Washington’s economic blockade continued even during the coronavirus outbreak.

He accused the US of attacking or imposing new sanctions against Cuba “every week.”

Despite international criticism, the US has maintained a comprehensive economic embargo on Cuba since 1962.

Turning to Israel’s attempts to annex additional territories in the West Bank, Diaz-Canel voiced support for Palestine, citing Cuba’s rejection of Israel’s plan and said Havana stands by the Palestinian state with East Jerusalem as its capital.

Over 20 PKK/KCK suspects arrested in Turkey