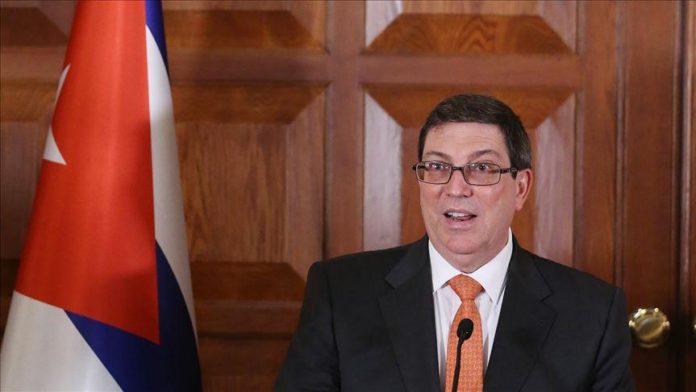 Cuba on Monday blasted the US move to issue pardons for war criminals convicted of killing civilians in Iraq.

“The pardons granted to war criminals hired by the US as mercenaries say much about both the perpetrators and the government that hired and pardoned them,” Foreign Minister Bruno Rodriguez Parrilla said on Twitter.

His remarks came days after US President Donald Trump pardoned four employees of Blackwater Security Consulting, an American private military company, who killed civilians in Iraq and were found guilty by a US court in 2014.

Employees shot at Iraqi civilians, killing 17 and injuring 20 in Nisour Square, Baghdad on Sept. 16, 2007, as they were escorting a US embassy convoy.

The incident led to five investigations, and the FBI found that at least 14 of the 17 Iraqis killed were shot without any cause, including nine and 11-year-old boys.

With the controversial decision, Trump brought the total of pardons issued by him to 70. In 2019, he also pardoned three army officers, two of them accused of war crimes in Afghanistan — 1st Lt. Clint Lorance and Maj. Mathew Golsteyn.