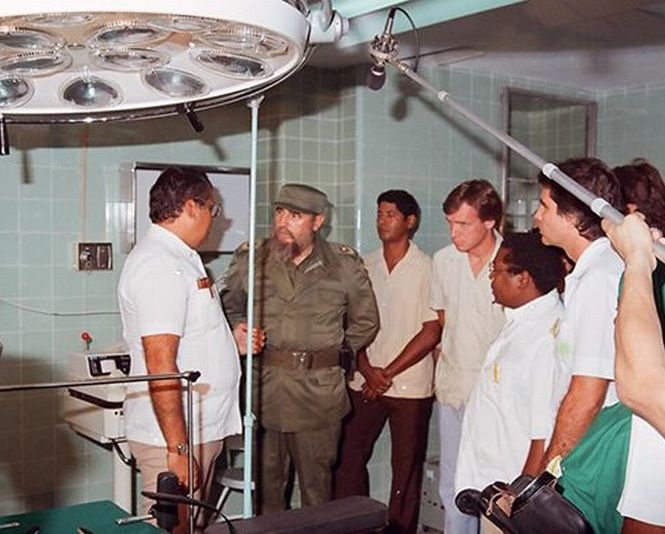 Waving Italian and Cuban flags, a group of 52 Cuban doctors and nurses arrived in Italy on March 22 to help stop the spread of the novel coronavirus in the worst-affected Lombardy region.

With 60,000 confirmed cases and more than 5,000 deaths at the time, Italy desperately needed medical personnel to cope with the crisis.

“Here they are, in Lombardy, our doctors and nurses,” wrote Cuban ambassador to Italy José Carlos Rodríguez on social media. ”They come from Cuba, in solidarity and committed to doing good to the needy, without distinction.”

As governments around the world struggle to cope with the pandemic, Cuba seems to have a silver lining.

The country of 11.5 million people has registered only 1,467 cases and 58 deaths so far, according to US-based Johns Hopkins University, at a time when the US state of Florida, only 103 miles away from Cuba, has more than 30,000 cases and over 1,200 deaths.

Cuban healthcare sector has been a priority since Fidel Castro’s mid-20th century revolution. Under the socialist system, all doctors work for the state, and the healthcare system and education are public and free of charge.

There are 8.2 physicians per thousand people in Cuba, one of the highest ratios in the world, according to the World Bank.

The island is renowned for its focus on prevention, community-oriented health care and preparedness to fight epidemics. University of Glasgow lecturer and expert on Cuba Helen Yaffe says an important element of the health system is its holistic approach.

“Doctors go door to door checking how everyone is, how conditions in people’s homes are…and they make sure they have an up-to-date registry of underlying conditions, which means that if in that barrio [neighborhood] there is an outbreak of COVID-19, they will know who are the patients who are particularly vulnerable,” Yaffe told Anadolu Agency.

On top of the robust healthcare system, scientists agree that a Cuban drug could prove effective in the treatment of COVID-19. It is an antiviral drug called Interferon Alfa-2B, which has been used in the treatment of dengue, Hepatitis B and C and HIV-AIDS and is produced in China by Cuban-Chinese joint venture ChangHeber.

Meanwhile, armies of “white coats” — Cuban medical missions that cover healthcare around the world — continue to arrive in different countries to join the battle against the coronavirus.

In 2005, Cuban President Fidel Castro offered to send 1,500 doctors to the US to help with the relief effort following the Hurricane Katrina disaster in New Orleans. Although the US refused the aid, a group of healthcare professionals called the Henry Reeve medical brigade was born and has so far assisted on the front lines in crises such as the Ebola epidemic in West Africa, the earthquake and cholera epidemics in Haiti and the earthquake in Nepal.

Over the years, more than 400,000 professionals have carried out missions in 164 countries. In 2017, the contingent was given a World Health Organization public health award.

More than 1,455 doctors in 22 brigades have left for 21 nations including Italy, Andorra, Jamaica and Belize to help contain the spread of the virus, according to official Foreign Ministry figures. 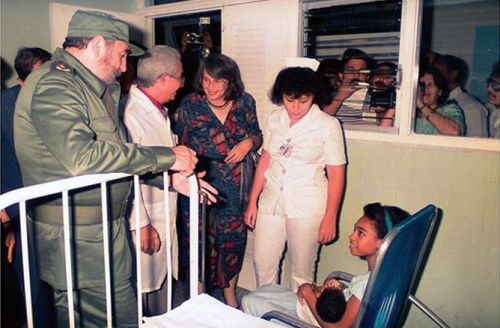 However, medical missions have also recently become a battlefront between the island and the US, which has accused Cuba of engaging in human trafficking and urged countries that are requesting medical aid from Havana to end what they have called “labor abuses.”

“The government of Cuba keeps most of the salary its doctors and nurses earn while serving in its international medical missions while exposing them to egregious labor conditions,” tweeted the US State Department Bureau of Democracy, Human Rights and Labor on March 25.

Yaffe said the US government’s rhetoric is designed to try and stamp out a source of revenue that keeps the Cuban government going.

“On the one hand, they impose a blockade that is designed to make the Cuban people suffer, and on the other hand, they say they are concerned about the conditions of the medics,” she said.

Some missions work in countries for free, but other nations pay to the Cuban government in exchange for their medical services. The salary that a requesting country pays for each Cuban professional varies, but doctors receive 20%-25% of the salary, which is more than what they make in their country. The rest goes to the state, which uses the income to finance the island’s exemplary healthcare system.

Medical missions represent the main source of foreign exchange for Cuba, especially in the context of the 60-year US blockade and during pandemic times when the island is not receiving tourism revenue. Last year, Cuba’s government published trade statistics that showed medical services made up 46% of exports and 6% of GDP.

Cuba has asked that hostility be set aside in the midst of the COVID-19 pandemic, which has already claimed more than 227,000 lives worldwide in four months.

“Instead of promoting cooperation and a collective response, top officials of the US State Department devote their time to issuing statements threatening governments that, faced with the drama of the pandemic, exercise their sovereignty and decide to request Cuba’s assistance,” said an April 16 statement from the Cuban Foreign Ministry addressed to Anadolu Agency.

Blockade during the pandemic

The US embargo had caused shortages of medical supplies, food and fuel even before the pandemic. Now, Cuba cannot access life-or-death equipment to combat the disease.

“Anyone with a shred of decency will understand that the blockade puts remarkable pressure on Cuba to ensure the material inputs and equipment that support the public healthcare system and those specifically required to address this pandemic,” said the Foreign Ministry’s statement.

The United Nations, members of the British Parliament and European Union countries have called for the removal of all international trade barriers and for sanctions against Cuba to be lifted to no avail.