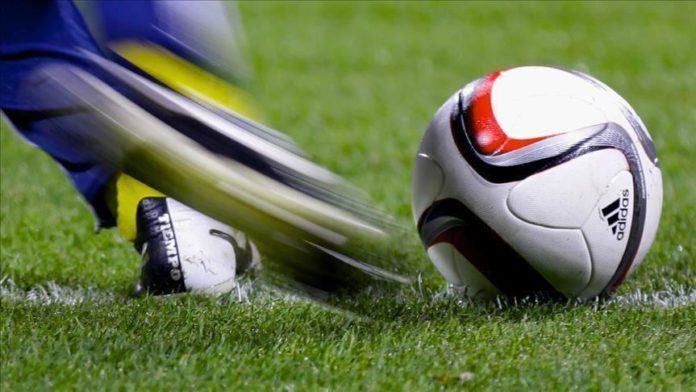 Croatian football’s premier league is set to reappear on Friday after the coronavirus pandemic break with a match between Hajduk Split and Inter Zapresic.

“HT Prva Liga is finally back! From Friday to Sunday, the matches of the 27th round are scheduled, and the first to be on the field, after a break of more than two months, will be the football players, @hajduk
and @nkinterzapresic!” Croatia’s Hrvatski Telekom Prva Liga tweeted.

Like other competitions worldwide, Croatian football was disrupted in March by the novel coronavirus.

The Croatian Football Federation (HNS) previously said that the Prva Liga would kick off this month but all games would be played without spectators for health reasons.

Hajduk Split will face Inter Zapresic in the Round 27 match on Friday evening in Poljud City Stadium, Split.

This season the Prva Liga has been led by Dinamo Zagreb with 65 points.

Rijeka were chasing the leaders with 47 points. Lokomotiva had 46, and Hajduk Split earned 45 points in the Croatian league.

Germany’s Bundesliga was the first European football league to resume after the coronavirus break, as its players returned to the pitch on May 16.

Germany had halted its nationwide competitions in March.

Football games there resumed without fans in stadiums, and there were other new measures in venues.

There were no ceremonies before the matches and no handshakes before or after to minimize risks.

Players on the substitutes bench were told to keep their social distance.

In 29 matches, Bayern Munich had 67 points to top the Bundesliga. Borussia Dortmund clocked up 60 points.

Meanwhile, third-place RB Leipzig got 58 points in the league table.

Portugal checks in to carry on

Like Germany, no fans are able to enter the Portuguese stadiums to stem the virus from spreading.

This March the coronavirus pandemic forced the Portuguese football body, FPF, to halt its 2019-2020 season.

This season, Benfica and Porto have had a relentless competition for the 2020 Portuguese Liga NOS title.

In 25 weeks, leaders Benfica and second-place Porto got 60 points each.

Braga were in the third spot with 46 points in 24 matches.

After a three-month break, England’s top-flight football competition, the Premier League, will restart on June 17 without fans in stadiums.

The first matches – Manchester City vs Arsenal and Aston Villa vs Sheffield United – will be played mid-week, followed by a full round on the weekend of June 19-21.

There are 92 remaining fixtures in the 2019-2020 season, with Jurgen Klopp’s Liverpool at the top with a 25-point lead and certain to be crowned champions.

Italian Serie A to resume this month

Players in the Italian Serie A division will step on the pitch to play football on June 20.

Youth and Sports Minister Vincenzo Spadafora made the announcement after meeting representatives of the Football Federation, league, clubs, players and referees.

“This is the right step to kick off football again as Italy takes action. In light of all this, we can say that the league will restart on June 20. There is also the possibility of playing Italian Cup matches on June 13 to 17,” he said.

Italy was one of the countries worst hit by the virus.

Serie A clubs have not played matches since the league was suspended on March 9 due to COVID-19.

The Italian division saw a fiery title race between Juventus and Lazio.

Juventus had 63 points in 26 weeks to top Serie A. Meanwhile, Lazio are chasing them with 62 points.

“We’re prepared and the important thing will be the day we finish the league,” he added.

Spain’s top two football divisions have been suspended since March 12 due to the coronavirus threat.

The top two teams in the standings, Barcelona and their bitter rivals Real Madrid, are battling to win the 2020 championship.

Barcelona were on top with 58 points and Real Madrid were in hot pursuit with 56.

Turkey due back on June 12

The Turkish Football Federation (TFF) said in late May that Super Lig games will resume on June 12.

The football body said that all preparations were completed after the decision to restart the matches on June 12 was taken “with a joint agreement and request of the federation and 18 Super Lig clubs” to complete the rest of the season.

The remaining matches in the Super Lig will be behind closed doors.

Turkey stopped football matches in March to stem the spread of the virus.

Trabzonspor and Medipol Basaksehir were the top two teams in the Super Lig once it was halted.

Both teams bagged 53 points, but Trabzonspor led the league in goal averages.

Galatasaray, the most recent winners, were in third place with 50 points.

Russia’s Premier Liga will restart on June 21, league organizers said on May 15.

“The Executive Committee of the Russian Football Union decided at their meeting to resume the RPL [Russian Premier Liga] season from 21 June 2020,” the league said in a statement on its website.

“Two clubs will be relegated without promotion/relegation play-offs,” the top-tier league said, adding that the top two clubs in the lower-league Russian First Division will replace these two once the 2019-2020 season ends.

Zenit were leading the league with 50 points. Krasnodar and Lokomotiv Moscow were battling for second place with 41 points each.

The Netherlands and France, however, both chose to end their leagues early.

There will be no champions in either the Dutch premier league Eredivisie or second-tier Keuken Kampioen Divisie, and none of the leading clubs in these leagues will be named 2020 champs.

Paris Saint-Germain were declared 2020 winners in France, as the Ligue 1 Conforama was ended last month.

Like the Netherlands and France, the Scottish Premiership wrapped up in May.

Celtic were awarded their ninth league title in a row after Scotland finished the competition with the current standings due to the coronavirus pandemic.

Celtic issued a brief message marking their win: “We dedicate this victory to you. To all our supporters. To the key workers who are saving lives, cleaning hospitals, stacking shelves and shielding loved ones at home.”

The Belgian Pro League announced last month that Club Brugge were declared the 2020 winners as the 2019-20 season was brought to a premature halt due to the pandemic.

Club Brugge got their 16th title and reserved a spot in the UEFA Champions League group phase for the next season.