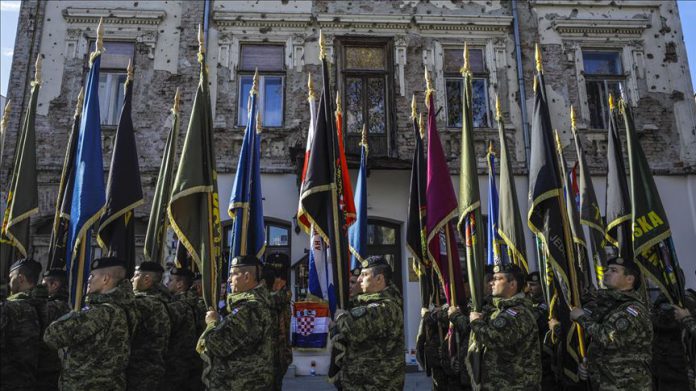 Victims of the 1991 Vukovar massacre on Monday were commemorated on its 28th anniversary.

Vukovar, close to Serbia on the River Danube, was the scene of intense fighting following Croatia’s break from Yugoslavia.

Yugoslav soldiers together with Serb paramilitary troops kept Vukovar under siege for 87 days. Some days more than 11,000 bombs fell, the city passed into the hands of Serbian forces on Nov. 18, 1991.

Thousands of citizens, as well as Croatian state officials, attended the memorial service in Vukovar.