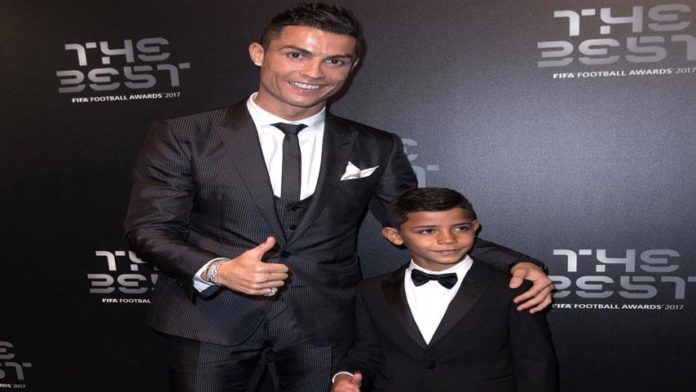 Cristiano Ronaldo Jr. selected his father’s famous no. 7 shirt to pose with and was alongside another signing Gabriel.

“Delighted to finally have my signing day done even better to have mine with teammates Cristiano JR,” Gabriel said on Instagram as the minor was also transferred to the Manchester United youth team.

Gabriel has over 31,000 followers on Instagram and is sponsored by world famous sports equipment brand Nike.

The Portuguese international’s girlfriend Georgina has one child with Cristiano; a 4-year-old daughter Alana Martina, who was born on Nov. 12, 2017.

Georgina, 28, is a Spanish model, dancer and internet influencer with at least 34 million followers on Instagram.

He played for Portugal’s Sporting, Spanish powerhouse Real Madrid, and Italy’s Juventus, before returning to Manchester United in 2021.